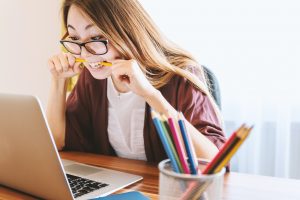 You’ve done the schooling, put in the hours, and finally landed your dream job. All your hard work has paid off. Your ambitions have finally been realized. You walk straight into the office, head held high – until somebody shoves a stack of papers in your hand and says, “Welcome to the office, can you make copies of these, oh, and coffee…” The other new person, John, is standing right next to you, and no one asks him to do anything…

You make the copies. No problem.

Except it is a problem. Office housework, such as planning events, taking notes, training interns, and handling other administrative tasks, ultimately doesn’t help your career. The more you do, the more your coworkers will turn to you to do the very work nobody else is doing. And you’re not alone – many other women in the workplace have spoken up about their experience doing office housework.

That promotion you’ve been eyeing isn’t going to come your way because you’ve gone the extra mile. According to the Harvard Business Review, women and people of color do more office housework and have fewer opportunities than their peers to undertake big projects that higher-ups notice. Women are often less reluctant to take on more work compared to their male counterparts, which solidifies the gendered messages in the workplace.

Tightrope bias refers to the pressures and expectations for women to act “feminine” and not “too masculine.” For instance, women may feel that they should let their male coworkers take the lead on projects while they do the office housework. It is all considered progress for the group overall. Unfortunately, not all tasks or those that perform them will receive the same recognition or spotlight.

Sometimes, even with what society deems a “respectable” position, women may not be treated with respect. In 2020, United States Representative Alexandria Ocasio-Cortez (AOC) announced to the House that a male representative called her a sexist slur. AOC’s qualifications did not stop a colleague from diminishing her status, as both a political figure and a woman. Of course, most of us don’t work in a high-level government role, but if a reputable and highly public environment where leaders are supposed to maintain a civil discourse isn’t fair, where does that leave the rest of us? 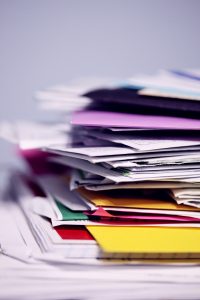 At work, you may feel that you are carrying the mental load as you are scheduling meetings or restocking snacks in the office so that you can be helpful to others. But remember, you don’t have to carry all the work weight – and you probably shouldn’t. As noted in the World Economic Forum, when women and men have similar roles, women are more likely to be exhausted because they do the “invisible labor.” Especially with the pandemic, some women leaders have taken the responsibility to respond to the mental and physical health of their team more than before. Not to say that the well-being of others isn’t significant, but when the stress accumulates, set boundaries. Your health is important, too. Everyone is capable of pitching in and doing their fair share. If not, then maybe those work parties just don’t happen anymore. It isn’t up to women to do it all.

Let’s face it – when it comes to office housework, it can sometimes be a waste of your time. It is better to say no to tasks that don’t advance your role or pay and depletes your morale and performance. Give yourself permission to draw the line. You don’t have to volunteer when other capable people are available to do housekeeping and caretaking tasks. Even suggesting how to evenly distribute office housework can lighten the load for the whole group. Set your sights on tasks that are promotable and worth your efforts.

Contributors Statement: Melanie Garcia ([email protected]) contributed to the research and writing of this blog. Melanie is an undergraduate student majoring in English and is interested in women’s health and domestic violence advocacy.

Ready to IGNITE and reach your goals? Connect with Lisa for a free 15-minute consultation. Dismiss

Connect with Lisa and receive exclusive access to successful tips and strategies to make your vision a reality.

You have Successfully Subscribed!